IBS and the Link to SIBO 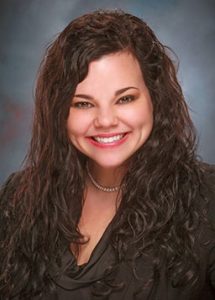 Have you been told that you have Irritable Bowel Syndrome (IBS) and experience digestive problems that include diarrhea, constipation, passing excess gas, bloating, food sensitivities, heartburn and abdominal pain on a regular basis?  IBS has long been attributed to stress and anxiety, but now we have discovered that there is another cause!  It may surprise you to learn of a health condition that is recently gaining much recognition in the medical community called SIBO.  SIBO stands for small intestinal bacterial overgrowth, and simply put, means you have too much of a good thing.

We are hearing a lot about the use of probiotics to treat everything from bowel problems to autoimmune disease and even depression.  Probiotics deliver forms of the healthy gastrointestinal bacteria that reside in your small and large intestine.  These bacteria play crucial roles in helping with the digestion of food and supporting the function of your immune system.  In a healthy gastrointestinal tract, probiotics are in regulated amounts.  SIBO occurs when the bacteria from the large intestine migrate and overgrow in the small intestine.  When there is too much of these bacteria in the small bowel, these bacteria can damage and compete with your own body’s small intestinal cells to absorb the nutrients from the food you are eating.  When this happens, the bacteria end up producing large amounts of methane and hydrogen gas, which can cause the symptoms of IBS.  These hydrogen and methane gases are only produced by bacteria, and do not naturally occur in the human digestive tract.

The causes of SIBO are vast, including but not limited to: chronic constipation, food poisoning, stomach flu, ANY abdominal surgery, high levels of stress and certain medications such as antibiotics, birth control pills, proton pump inhibitors and pain medications.

Apart from IBS, SIBO has also been linked to a variety of other medical conditions such as: fibromyalgia, restless leg syndrome, food allergies, acne, chronic fatigue syndrome, heartburn, hypothyroidism, diabetes, depression, Crohn’s disease, ulcerative colitis and many other gastrointestinal disorders.

SIBO is diagnosed with a simple breath test that requires minimal preparation and can be completed in the convenience of your own home over the course of a few hours.

There are three main ways to treat SIBO.  The first being with a specialized antibiotic prescription (you may have noticed those commercials that tout the benefits of taking an antibiotic for your IBS symptoms).  The second being a more natural route with antibacterial herbs.  The third way is with a specific diet called the elemental diet, in which you are essentially starving and killing off the bacteria by eliminating the foods that cause the overgrowth, like carbohydrates and certain sugars.

After the overgrown bacteria have been addressed, further nutrient support is needed to repair the gastrointestinal tract.  A special diet is usually recommended for long-term treatment, as well as using motility agents to help regulate the gastrointestinal tract’s natural migrating motor complex (to help keep things moving on out).  Specific probiotics are also selected to help maintain the good bacteria in healthy, low levels.

The gut is the root of the tree, and if it’s not happy, you’re not happy.  If you suffer from IBS or other chronic medical conditions, look towards the health of your gastrointestinal tract as SIBO might be the culprit.