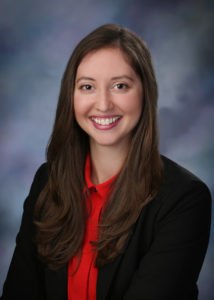 What do you think of when you hear “chocolate” or “cocoa”? Smooth? Decadent? Rich? What about “bitter”?

Cocoa was first developed as a crop in many ancient South American cultures, the most well-known being the Aztecs and Mayans.  There is evidence of cocoa-based food dating back several thousand years, and it is estimated that chocolate consumption reached 7.7 million metric tons in 2019!

Chocolate comes from the seeds of the fruit of a small evergreen tree called Theobroma cacao. Theobroma means ‘food of the gods’ in Latin, and cacao is derived from the Nahuatl (Aztec language) word xocolatl, from xococ (bitter) and atl (water). This name makes sense, because the seeds of the cacao tree are extremely bitter and must be fermented to develop flavor. Once fermented, the beans are dried and roasted. The shell is used to make cacao nibs, which are then ground to make cocoa mass. Nibs contain both nonfat cocoa solids and cocoa butter – this is what is referred to as “percent cacao” on food packaging.  Chocolate liquor is the paste made from liquefying the cocoa mass/nibs. The liquor can then be processed into cocoa solids (non-fat, powder) and cocoa butter (oil from the cocoa bean).   Solid chocolate has been known around the world since the mid-1800s and is made by adding some cocoa butter to the powder. The presence of cocoa butter and powder along with the addition of sugar or condensed milk determines if the chocolate is dark, milk or white. 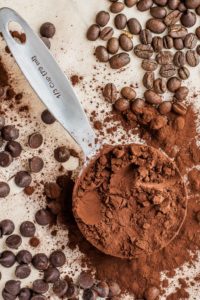 Dark chocolate is known for being bitter, and that is because it is less processed and therefore maintains more of its original flavors. Due to processing and addition of sugars into our food chain, most of us are not too acquainted with this flavor. Bitter is like a lost art, important in many cultures and comes with plenty of health benefits. Bitterness stimulates our digestive system, to produce and balance our stomach acid and digestive enzymes. Wouldn’t it be great if we became more familiar with this flavor? The bitterness of cocoa is due to “poly-phenols,” which are plant compounds that act as antioxidants, and include flavonoids – these flavonoids are responsible for the bitter flavor. Most of the bitterness is processed out, yet you can appreciate this favor in the darkest of dark chocolate such as 90% cocoa. Don’t despair – there are processing techniques and several Fair-Trade brands ensure that dark cacoa is smooth and decadent as well.

Other than flavonoids, chocolate also contains fatty acids, minerals, and fiber. The trouble is, we typically consume milk chocolate which contains less of the raw goods. Some companies even use “chocolate flavoring” to cut down on production costs, and while it may taste similar, the health benefits of these make-believe chocolates are absent. The minerals in cocoa beans include magnesium, copper and iron. Magnesium is a cofactor in protein synthesis, muscle relaxation, heart function, and energy production.  Copper is required by the body for processes like glucose (sugar) metabolism, brain development and iron transport. Iron is needed to transfer oxygen from the lungs to the rest of the body.  Per 100 grams of 70-85% dark chocolate, it provides 228mg of magnesium, 1.76mg of copper, and 11.9mg of iron.  The bran of the cocoa bean is also high in fiber, nearly 2 grams per tablespoon, and consuming it has been shown to improve cholesterol.

Bitterness can be so sweet after all! February is American Heart Month and Valentine’s Day. Wouldn’t it be great to bring back health with a bit of dark chocolate?